Information regarding plastic ribbons along the river

Regarding outbreak of crayfish plague in the Skellefteå river - be careful how you use your fishing gear etc. in Åby river!

Invitation to bid for maintenance 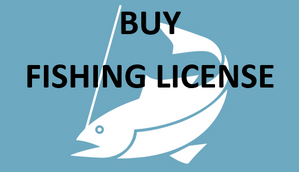 Our fishing rules can be found at ifiske.se 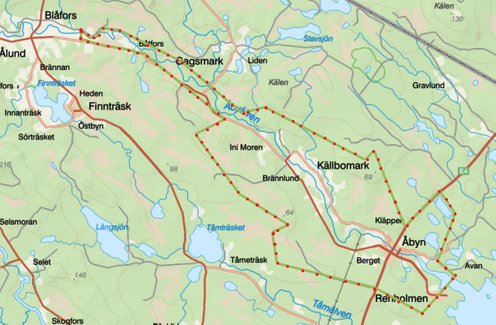 The Åby river is a 175km long forest river with its source in the municipality of Arvidsjaur, county of Norrbotten. The final 43km lies within the county of Västerbotten. The catchment area of the Åby river lies completely in the forest and is thereby not namely affected by the snow melting in the mountains to the West. The catchment area mainly consists of a moraine landscape made out of pine forest and wetlands with only a few major contributaries. After the county boarder and all the way to its outlet, the river is surrounded by an increasing number of stretches of farmland. The lower stretches falls higher than any other river in the north of Sweden and offers a large number of nice streams and white-water rapids. The river is classified as a Natura-2000 area and is considered to have a high diversity of species, and key species such as salmon, otter and freshwater pearl mussel can be found in the area. You can also find many rare plants, such as the  Västerbotten county flower Kung Karls spire.

Åbyälvens Nedre FVO is the name of the fishery conservation area association in lower Åbyälven, and the association has an active board with a management plan where fisheries management and working towards keeping an available and enjoyable fishing is a large part.

The Lower Åby River fishery conservation area stretches from the fresh-/saltwaterline at the old docks of Renholmen up to the hanging bridge in Blåfors. In addition, the lakes Bastusjön, Åbyträsket and Djupsjön are also a part of the fishery conservation area. Apart from salmon, there are nice populations of trout, grayfish, bass and northern pike in the river. In the lakes, pike, bass and roach are common species. The main migration of salmon in the river happens during spring and early summer.

In the 1990s, great hope was put in a salmon ladder that was built alongside the Hednäs power station. The idea was that the salmon would reach the nice playgrounds and growth places upstream from the power plant, including nice areas in Norrbotten county. Unfortunately there have been recurring problems with the solutions built for the migration up- and downstream, which consequently means that growth in the salmon population of Åby river has failed. This is the reason why Åbyälvens Nedre FVO has implemented tougher rules for salmon fishing than the authorities' general requirements for salmon waters. We want to take care of our unique salmon population.

Members of the Board

Our fishing inspectors can be found under Fiskeinfo.

Information regarding plastic ribbons around the river

Many have seen the plastiv ribbons that are present along some stretches of the south side of the river. These are leftovers from the reindeer keeping in the area during the winter. Åbyälvens lower FVO and land owners have been in contact with the same village who responds that they will remove the plastic ribbons now that the spring flow is over.

Regarding outbreak of crayfish plague in Skellefteå river

Invitation to send in bid for maintenance work

You are hereby invited to leave a bid for the maintenance work of the 2022 season.

You can find the contents of the assignent as well as bid instructions here (in Swedish).

Bids shall be sent before April 10th to ordforande@abyalven.se.

Today Skellefteå Kraft announced that they will apply for a retraction of the license for Åbyälven Hednäs power station.

It is likely that this will mean that, in time, the power station will be removed, which is good news for the salmon population in the river!

The protocol from the 2022 Annual meeting is now available. It can be found here.

Information about the current board members can be found here.

Please note updates to rules and control fees. Information can be found here.